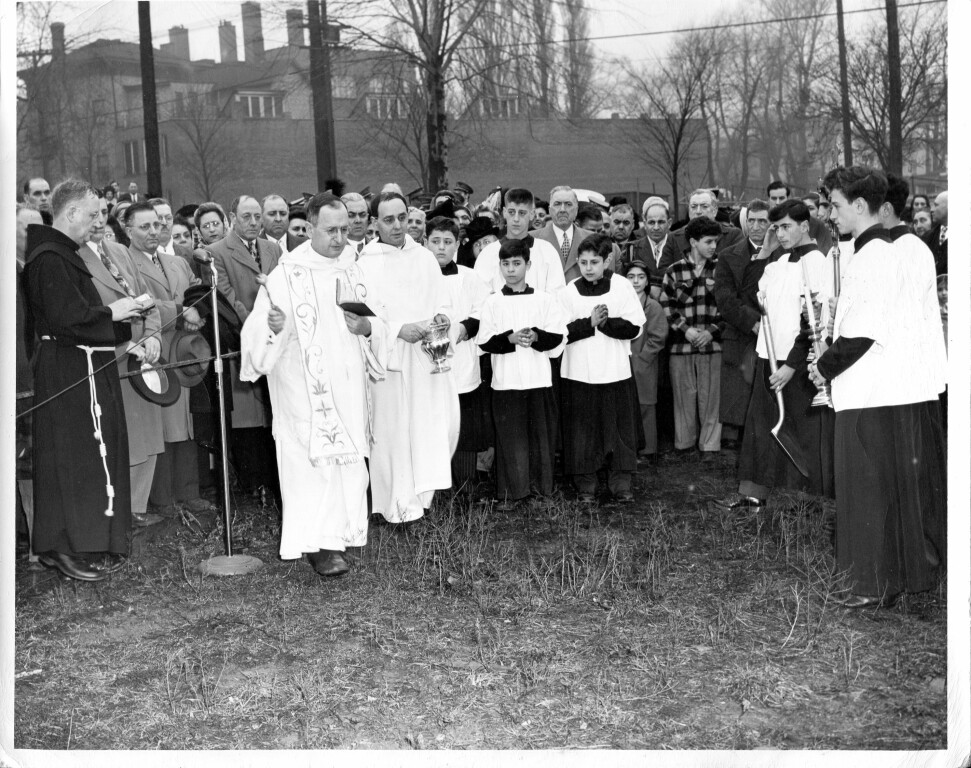 September 6th, 1949, marks the opening of the doors of Our Lady of Mount Carmel School to fifty-three boys and girls for first and second grade under the direction of Father Vincent Caruso, O de M. and Trinitarian Sisters Mary Valentine and Mary Mercedes. Due to financial constraints, the building was designed to house only four grades on its north side and a temporary church on the south side. On April 23, 1953, the new church opened and renovations immediately began for the additional four grades. The Kindergarten class was housed in the church hall until April 1959, when the school’s addition and new convent opened on the south side of the original building. This addition included the opening of the school’s first library.

With the purchase of additional property in 1963, Father Vincent continued to build to the original building –this time on its north side-.  Pope John XXIII Hall opened on May 10th, 1964. The hall contained a complete gym with separate locker rooms for both boys and girls and a full service cafeteria. Hot lunches were served to all students for 4 cents each full meal. Since the opening of OLMC, enrollment continued to climb for grades Kindergarten through eighth until it reached its peak in 1965 with 375 students. Enrollment began to drop for the next six consecutive years and plummeted to 193 in 1974. It continued to roller coaster until it once again reached 262 by 1991. Presently, enrollment has climbed to 270 students with 190 families. Father Vincent Caruso served as pastor until December 1970. Father Marino Frascati, assistant pastor since 1957, succeeded him and served as pastor until May 1995. Fr. Richard S. Rasch became the spiritual leader in 1995.